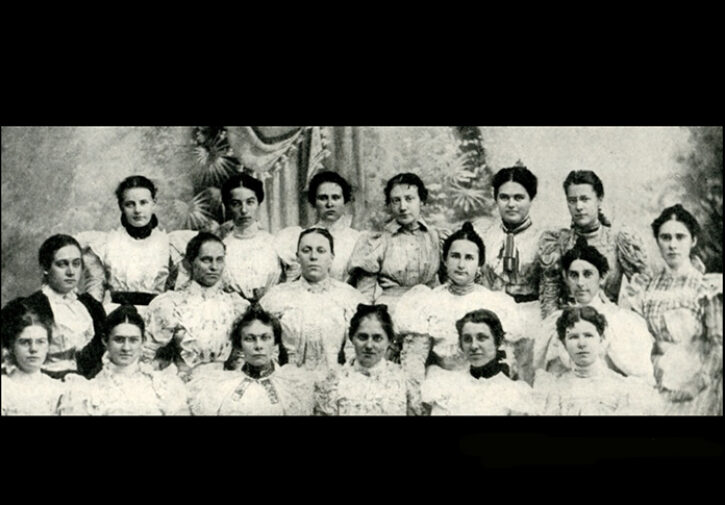 In 1897, a local group at Brown University, in Providence, Rhode Island, became Alpha Epsilon Chapter. By 1912, 108 women had become Thetas at Brown. Future initiations were prohibited by the administration, leading to the chapter's demise in 1912. Seventy-two years later, two collegians — believing there was a place for women's fraternities on campus — launched a successful campaign for affiliation, and Alpha Epsilon returned to Brown in 1984.