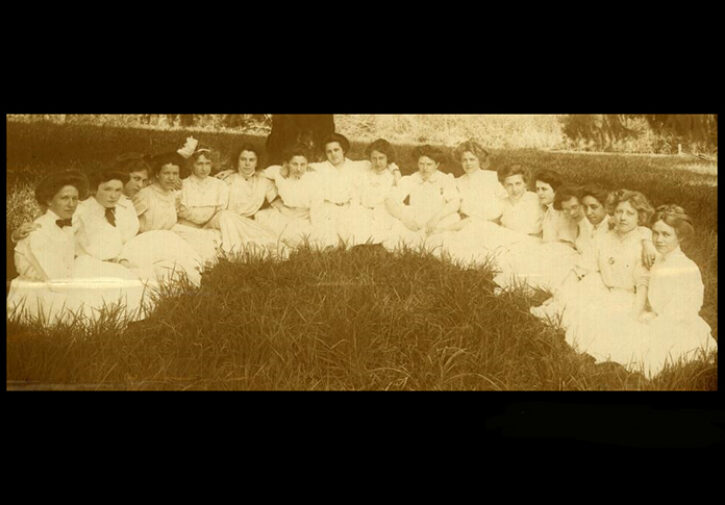 A local society at the University of Oregon in Eugene became the Alpha Xi Chapter in 1909. It was the third chapter to be installed that year. Alpha Xi closed in 1997 and was reestablished in January 2012, nearly 103 years after it was originally established as a local society.