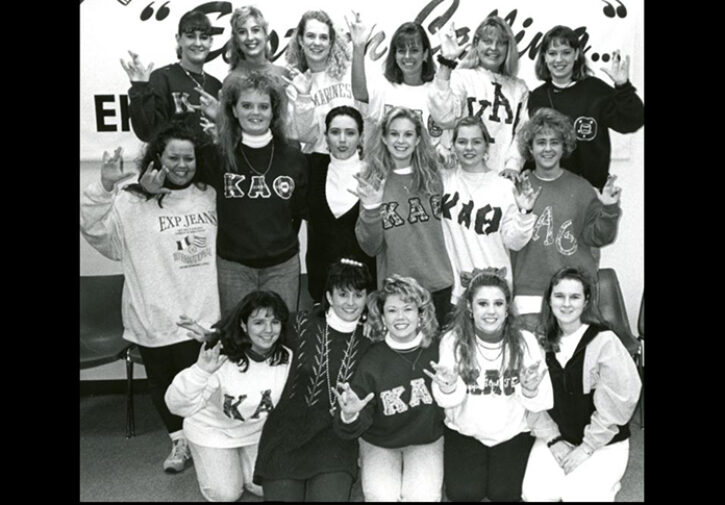 In 1968, local society Kappa Phi Delta was established at Eastern Kentucky University, in Richmond, Kentucky. Over the next three years, the group developed an enviable record, becoming the largest women’s Greek organization on campus while competing with six NPC groups. The group then set its sights on affiliating with a national organization. It successfully petitioned Kappa Alpha Theta, and Delta Upsilon Chapter was installed in 1972.

Click on the documents below for a variety of historical documents about your chapter.