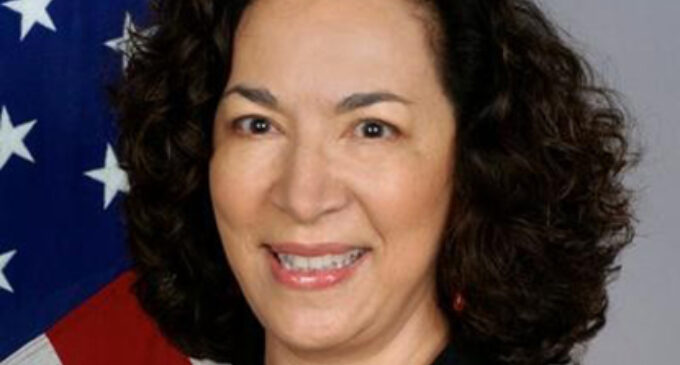 An immigrant to the United State at age five, a diplomat for the U.S. by age 33, Monique Quesada, Alpha Gamma/Ohio State, is a career Foreign Service Officer for the U.S. Department of State. She credits Kappa Alpha Theta with teaching her important lessons, not only about leadership but also about life-balance. In fact, she proudly lists her Theta membership on her LinkedIn page.

Since 1988, Monique has split her career between political affairs and public diplomacy assignments, serving mostly in Western Europe and North Africa. Proficient or fluent in seven languages, Monique's family background epitomizes American diversity. Her father came to the U.S. as a student from the Philippines; her mother emigrated from the Netherlands; and Monique was born in Venezuela. She gained her U.S. citizenship when she was eight years old in Houston, Texas; grew up in Columbus, Ohio; and now considers herself a resident of Florida.

Monique currently serves as the diplomat in residence (DIR) based in Miami at Florida International University and Miami Dade College. As the DIR, she engages with university and high school students, as well as with professional organizations, to raise awareness about careers and internship opportunities in the U.S. Department of State's Foreign Service and Civil Service corps.

Learn more about Monique in the Autumn 2017 issue of the Kappa Alpha Theta Magazine.